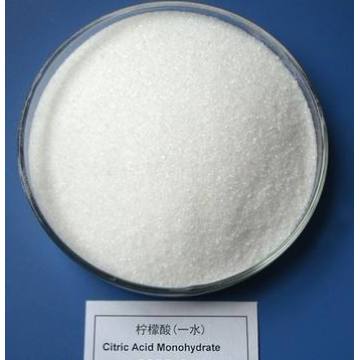 Calcium chloride, a salt composed of chlorine and calcium, is CaCl2.It's bitter, it's tasteless.It is a typical ionic halide, which is white, hard, or granule at room temperature.

Calcium chloride as a curing agent can be used in canned vegetables.It can also solidify soybean curd and form tofu, and it can be used as the raw material of cooking molecular gastronomy to make the vegetable and fruit juice surface gelatinized by the reaction of sodium alginate to form a small pellet like caviar.Added as an electrolyte to sports drinks or some soft drinks including bottled water.Because calcium chloride has a very strong salty flavor, it can be used as a substitute for the preparation of salted cucumber without increasing the content of sodium.Calcium chloride lowers the ice point properties and is used to slow the caramel freeze in the caramel chocolate bar.

1. Used as a desiccant for many USES, such as nitrogen, oxygen, hydrogen, hydrogen chloride, sulfur dioxide and other gases.The production of alcohol, ester, ether and acrylic resin is used as dehydrating agent.The water solution of calcium chloride is an important refrigerant for the use and ice making of refrigerating machine, which can accelerate the hardening of concrete and increase the cold tolerance of building mortar.Used as a harbouring agent and road collector and fabric fireproofing agent.Used as protection agent and refining agent for aluminum magnesium metallurgy.It is the precipitant that produces color lake pigment.Used for waste paper processing deinking.It is a raw material for calcium salt production.

Shandong Tiancheng Chemical Co., Ltd. was established in 1999, located in Shandong Yanzhou Chemical Industry Park of Economic Development Zone, a high- tech enterprise on business of research, development, produce, trade etc. with registered capital of 60 million yuan and total assets of 350 million yuan and 360 employees. The main products cover paper chemicals, rubber and plastic chemicals, pharmaceutical intermediates, pesticide intermediates, fundamentals of chemical engineering etc. The products are not only sold throughout the country, but also exported to North America, Europe, Japan, Korea, Southeast Asia and other countries or regions. The quantity, quality and technology of paper chemicals leads top in the world. The share is more than 20%, covering 40% of domestic market. Paper chemicals and Environmental plasticizers have passed Pony testing and certificated by SGS testing. The company has established R&D center to improve technology and a training base both for student internship and doctoral research with Inner Mongolia University. We passed ISO9001:2008 quality management system certification; won `National Quality Management Award for SMEs`; rated as `Top 100 Private Enterprises` and `Advanced Unit of Production Safety` for four consecutive years by the Jining municipal Party committee and Jining municipal government; got"Contribution to the `Economic Development Award`. As the product quality and enterprises credibility improve continuously, we attracted attentions of more and more domestic and international companies.

Email to this supplier